Microsoft Windows 7 Support To End In 2020 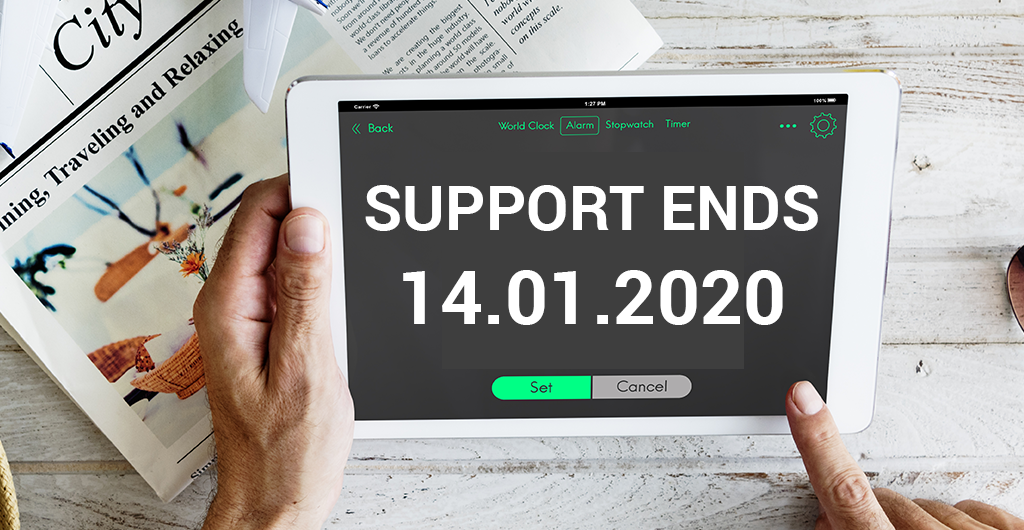 Microsoft Windows 7 Support To End In 2020

From 14th January 2020, Windows 7 will stop issuing security patches and updates. Many businesses in Oxfordshire and further afield will face a forced migration to Windows 10, or other operating systems come January next year as Microsoft is ceasing support for Windows 7. For people still using Windows 7, the operating system will become much more vulnerable in regards to malicious attacks and security threats.
Without security patches issued by Microsoft, people will have three options available:

The last year of Windows 7
While the news of the end of Windows 7 is nothing new – in fact, Microsoft ended mainstream support in 2015 – the end of support in less than 12 months will add pressure to businesses who need to determine their next course of action quickly. In 2015, Microsoft announced the end of support for mainstream but said they would continue to offer security patches and updates for vulnerabilities for five more years. Now, this period is nearly up, leaving many users vulnerable unless they act fast.
The future for Windows 8
It is important to remember that Windows 8 is also following in the same footsteps as its predecessor. Extended support will end for Windows 8 in 2023. Already the Microsoft app store has ceased accepting apps suitable for Windows 8 and 8.1. Instead, for users of Windows 7 and Windows 8, Microsoft is urging users to make the switch to Microsoft 10. The switch to Microsoft Windows 10, however, has been slow going. It was only in 2019 when Windows 10 finally overtook Windows 7 for the bigger market share. In 2018, 40.88% were still using Window 7. This is largely because Windows 7 is hugely popular thanks to its organisation, attractive features and performance.
Migrating to Windows 10
As the main focus of the end of Windows 7, Microsoft is urging customers to make a move to Windows 10. Most devices, as long as they meet certain requirements, can upgrade to Windows 10. However, in order to receive optimum performance, Microsoft recommends moving to a new PC that comes with Windows 10.
A free Windows 10 upgrade
Users of Windows 7, 8 and 8.1 Pro will be able to enjoy an upgrade to Windows 10 by purchasing Microsoft 365 Business. Through 365 Business all users can have their licensed devices upgraded. With this, Microsoft believe that users will enjoy better productivity, more features and business-level security.
With 11 months to go, it is time for Windows 7 users to weigh up the security risks of staying with the system compared to the cost of upgrading to Windows 10 or an alternative.
If you are uncertain how this affects you and a current S2 Technologies support customer do not worry, we will be discussing this with you.
If you are not currently a support customer please do not hesitate to contact us, where we will be more than happy to help.

Or send us an email: enquiries@s2technologies.co.uk